How To Explain "Uptime Preservationist" to Your Grandmother 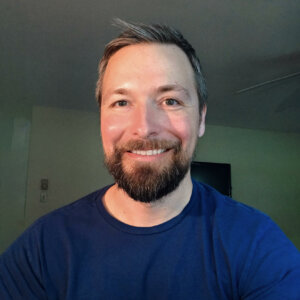 That’s not a title you often hear. At Nxtbook we get to choose our own titles, so instead of the standard Systems Administrator or IT Manager, I chose Uptime Preservationist because it captures the goal of my position rather than just one aspect of what I do. I manage our IT infrastructure and make sure that our servers are up and running so that our readers can enjoy the digital publications that we create and host anytime day or night.

Our infrastructure is programmed to expand and contract depending on how many people are reading or creating Nxtbooks. If a book becomes really popular, which is the goal of our publishers, our system detects that and automatically provisions more servers to handle all the requests in a timely manner. When readership is at a lower level, such as overnight in the US, servers are automatically terminated when they’re no longer needed. It’s a very well-oiled (figuratively – computers don’t like oil) network of machines that is faithful to us to the extent that we are faithful to it by taking good care of it.

I sometimes get questions about what being an Uptime Preservationist actually entails. Do I sit there and watch the blinking lights and wait for something bad to happen and then fix it? Do I make the internet? Do I hack into things? When I try to explain the details of what I do, I sometimes get blank stares, unless I’m at a tech conference or talking with colleagues. I’m pretty sure there’s a fair amount of older folks who don’t think that what I do is a real job. That may be due to the fact that my job didn’t exist in its current form decades ago. So I’ll explain what I do as if I was talking to my grandmother.

The basic functions of my job and the value they bring to the company can be illustrated by comparing my occupation to that of three well-known and respected professions. They are the firefighter, the train conductor, and the architect.

My job is like that of a train conductor in that a key part of their role is to make sure the trains run on time.

When they are on schedule and things are rolling along smoothly, no one notices and no one says anything. But if they’re late, then everyone complains and blames the conductor. And so it is with being an Uptime Preservationist. When the servers are running properly and sites are loading quickly, no one notices or says anything. However, when there’s a problem, whether it’s on my network or somewhere else on the internet that’s impacting our ability to serve Nxtbooks in a timely manner, everyone notices and I get… feedback.

Being an Uptime Preservationist is also like being a firefighter at times.

So as not to disrespect the brave profession of a firefighter, I’ll acknowledge that my life is never at risk in my job role, but the basic functions are comparable. A fire starts and no matter what time of day or night, a firefighter needs to spring into action, locate the fire, and put it out. I face similar things in my job. We have a monitoring service that texts me when one of our systems is having trouble. The trouble could be caused by a power outage, internet issue, hardware failure, or a bug in the computer code.

I (or someone on my team) have to spring into action immediately and stop the problem from getting worse. Then I have to fix the root cause of the issue and fix any other problems that happened as a result of the original problem or the things I did to fix it. This usually involves restarting a computer, removing a failed piece of equipment and replacing it with something that works, or blocking access to the bad guys trying to get in our network and wreck our stuff.

When I’m not maintaining our network and when I’m not putting out virtual fires, I am planning upgrades and plotting out the next iteration of our technology infrastructure. I need to build our systems in a such a way that they can handle rapid growth, just like how an architect needs to design a building to hold a lot of people coming and going, doing many different things, sometimes alone and sometimes in big groups.

The building needs to be constructed in the mind’s eye before it takes shape in the physical world. The architect needs to account for the many ways the building will be used and it needs to be designed to withstand small natural disasters and intentional damage caused by people.

In the same way, as an Uptime Preservationist, I design fault-tolerant systems that can grow with the success of the applications that run on them. I need my systems to withstand hackers and should there be a disaster in one region of the world, I need to be sure we have systems in another part of the world that can take over. This is the most exciting part of my job – designing awesome systems that will serve our readers, our clients, and my colleagues well for years to come.

Hopefully, now you have a good sense of what an Uptime Preservationist does. If you are a reader of one of our Nxtbooks or if you’re a publisher who has entrusted us with your content, know that it’s a pleasure to serve our millions of pages to millions of readers all over the globe.

Digital Publishing in 2022 | Get Started in 5 Easy Steps

⟵ A Look Inside the Digital Media Strategies of LeisureMedia360

Why You Need to Spend Time on Time Spent ⟶